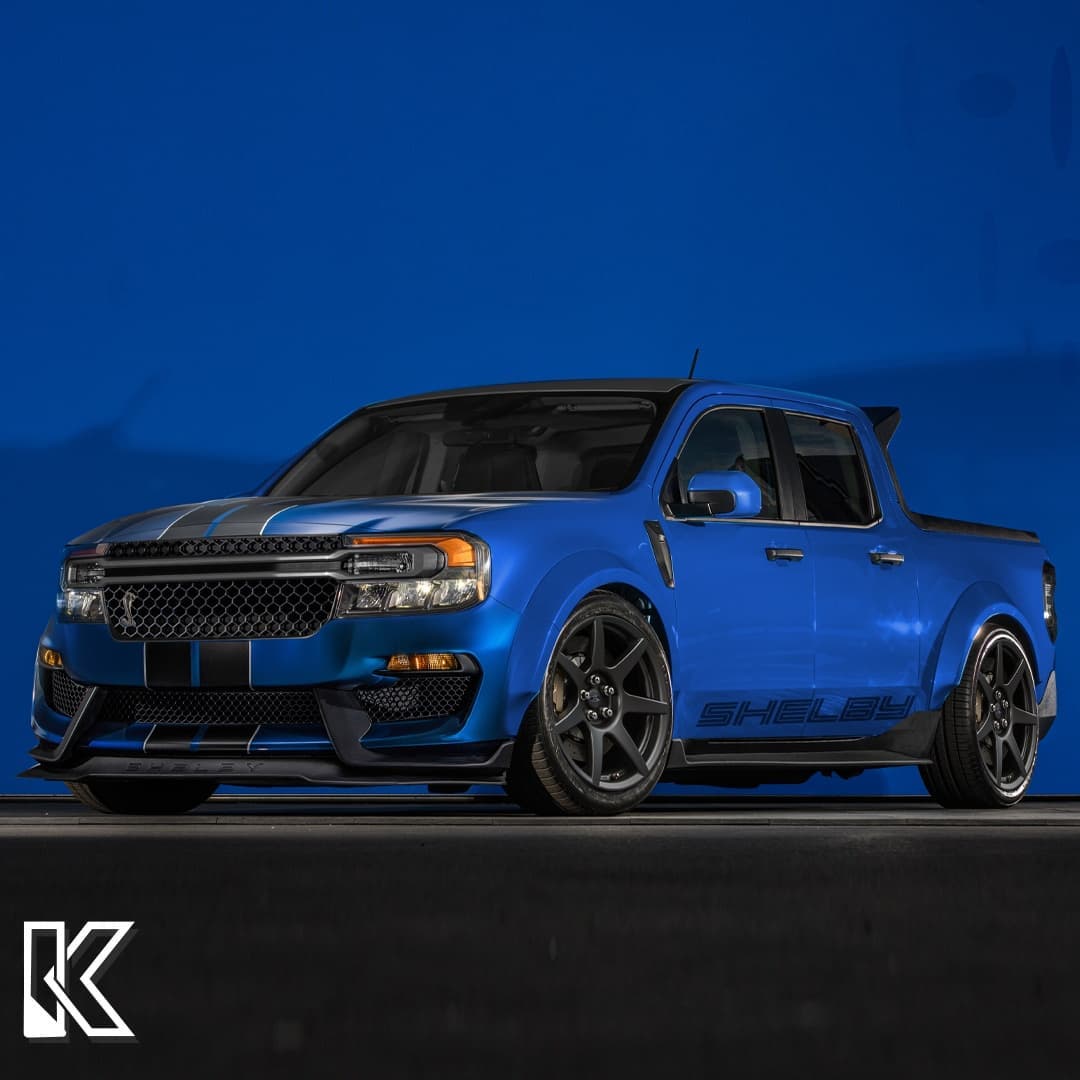 With the 2020 SEMA Show canceled and replaced by a pale online derivative, it was only natural for everyone to double the expectations towards this year’s edition. And it certainly didn’t disappoint or fade out of memory too soon.

That would be cool...100% useless but really cool. I don't think that poor Maverick could handle a V8 though LOL. Maybe a V6 but not a V8, at least not in its standard size. A V6 would probably be a tight squeeze into it...I'd love to drive one with a V8 in it though if someone ever managed to get one to fit in it. Maybe the 2.7L Ecoboost V6 they have in the Bronco but I don't see a V8 fitting LOL.

I'm just tired of the off road crowd getting all the goodies. It's nice to see somebody else wants to modify their truck without "lift and 33's". This is supposed to be a city computer, not really an off road monster.

PoBoi850 said:
I'm just tired of the off road crowd getting all the goodies. It's nice to see somebody else wants to modify their truck without "lift and 33's". This is supposed to be a city computer, not really an off road monster.
Click to expand...

The only thing I'd really do would be put some better tires on it, maybe a bed rack or utility rack of some sort that would extend over the cab to be able to carry longer stuff like pipe, a few building materials, that type of stuff for DIY projects, and handyman type jobs.

The bed isn't long enough for dimensional lumber, or sheet goods unless you have an empty bed which most people who've done anything in the building trades knows that don't happen very often, you've always got your tools thrown in the bed, parts and pieces of projects from years past, etc....so having a utility rack to haul some materials on occasionally, some good all terrain tires, maybe a slight lift to allow for some tires with more sidewall would be nice...I'm sure someone is working on a lift kit by now for the FX4 at least, or if not they probably should be. With the power plug accessible in the bed of the Maverick, that'll give all sorts of added stuff people can do too.

I want a Maverick but can't afford one right now...it'll be a few years yet, gotta get that damn orange toy paid off first and my car trailer paid off...then I'll be able to get a Maverick...if they're still making them by then HAHA!! Who knows really right now they're selling like crazy, my aunt said any that show up at the dealership she works at are gone by the end of the day....as are the new Broncos, Rangers and the F-150's.
You must log in or register to reply here.
Share:
Facebook Twitter Google+ Reddit Pinterest Tumblr WhatsApp Email Link
Top