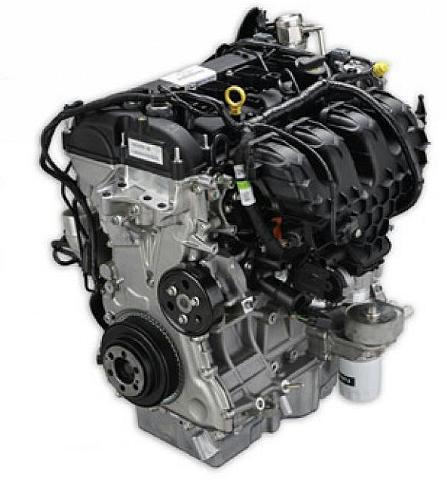 The Ford 2.0L EcoBoost debuted in 2010 as a turbocharged, inline-4 cylinder direct injection gas engine. Ranging from 200-252 horsepower and 221-270 lb-ft of torque, the engine combines modest power levels with great fuel efficiency. This engine was built off the 2.0L Mazda L-Series engine block, but the EcoBoost used its own unique head, a different fuel injection system, and twin-independent variable cam timing (Ti-VCT).

In 2015 the Ford/Mazda partnership lapsed and Ford designed its own 2.0L EcoBoost engine. This new engine received a new aluminum engine block, new cylinder head with an integrated exhaust manifold, and changed to a BorgWarner twin-scroll turbocharger with an active wastegate.

In addition to a higher compression ratio, the fuel system and oil cooling system received upgrades. The overall result was better gas mileage and more low-end torque, making it more capable as a tow vehicle.

Both generations of the 2.0L EcoBoost have an integrated exhaust manifold design. The manifold is made of stainless steel and integrated directly into the cylinder head. Exhaust gas temps can reach excessive temperatures, especially when towing or driving up grades. The constant heat cycles created by engines and fluctuating temperatures expands and contracts the stainless steel exhaust manifold. This expansion and contraction along with a vibrating engine can form hairline cracks.

Symptoms of a Cracked Exhaust Manifold

Driving with a cracked manifold can damage the turbocharger because it makes the turbo spool excessively. A damaged exhaust manifold or damaged turbo can be an expensive repair.

The turbo control solenoid or valve, also known as a boost solenoid, is responsible for controlling boost. It is an electronic component that controls the wastegate on the turbo via vacuum pressures and the ECM. The wastegate controls the flow of exhaust gases to the turbo turbine, essentially controlling how much the turbo spins and how much boost it produces.

When the boost solenoid goes bad, it improperly opens and closes the wastegate. When this happens, the turbo either makes too much or not enough boost.

Boost solenoids naturally fail over time. They are electrical and can go bad from corroded wires, dirt buildup, water, and various other natural wear and tear causes. While on most vehicles, solenoids tend to last around 10 years or so, boost solenoids on the 2.0 EcoBoost are known to fail in half that time or around the 50k-80k mileage mark.

While replacing the boost solenoid isn’t expensive, it can be a little tricky to do yourself since the valve is located on the turbocharger and buried in the engine bay.

On the 2.0L EcoBoost, the fuel filter that sits within gas tank can become clogged which forces the LPFP to overwork itself trying to pull enough fuel from the tank to send to the HPFP.

It is worth noting that the high-pressure fuel pump is also prone to failure. This is pretty normal on any direct injection engine as the HPFP operates under extremely high pressures. The HPFP has an impeller on the inside of it which builds the pressure and pumps the gas towards the injector. This impeller can break or weaken which results in low fuel pressures.

The result of both of these failure are generally the same. A bad HPFP will deliver low fuel pressure, whereas a bad LPFP will cause the HPFP to not deliver enough fuel.

However, with direct injection, since the fuel completely bypasses the intake valves. Over time, carbon deposits build-up inside of the intake valves which restricts the air flow to the cylinders. While excessive carbon build-up won’t happen overnight and likely won’t be noticeable early-on, it can have some performance impactions.

As the engine ends up with less air, air-to-fuel ratios can be impact, overall performance will decline and the 2.0 can lose power and feel sluggish.

Usually the first sign to appear will be misfires, and the misfires will be the cause of the poor performance. The carbon develops on all of the intake valves, but it does not do so evenly. Ultimately, various cylinders can have more build-up than others which causes an uneven amount of air to enter each cylinder. Typically, any power losses occur over a number of years so it is difficult to diagnose any issues here before misfires kick-in.

The 2.0 EcoBoost is a reliable engine. Generally speaking there are not very many common problems and the internals and major engine components have solid longevity.

These engines should easily withstand 150,000 miles. However, once you break past these mileages, you should naturally expect to start having to replace various material components of the engine and its systems. LPFP/HPFP, water pumps, hoses, turbo seals, etc. are all relatively expensive problems that commonly pop-up on high mileage 2.0 EB’s. 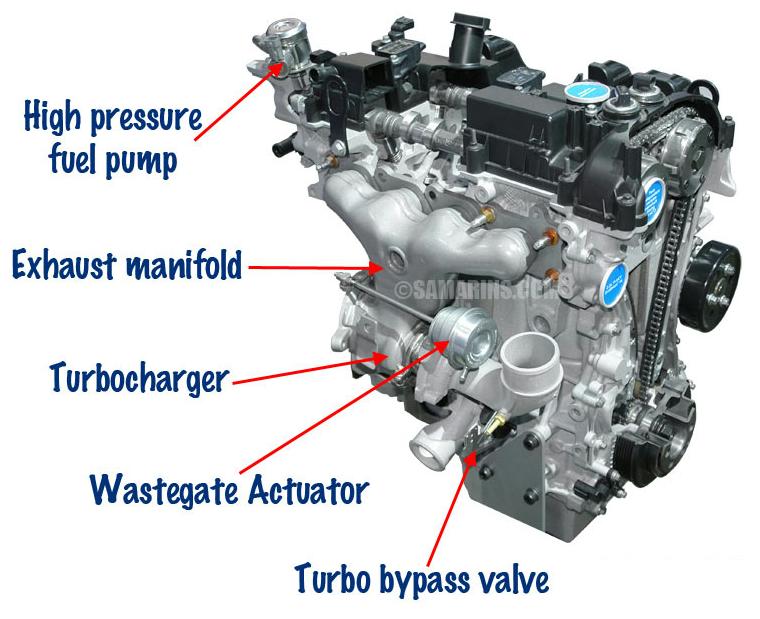